Nhulunbuy Stars were invited by the Laynhapuy Youth Program to the homeland community of GanGan – ancestral land of the Dhalwaŋu people – to take part in a training session and game with AFL NT and the Geelong Cats, along with Homeland students from Wandawuy, Dhalinbuy, Yilpara and GanGan.

Our Stars came together with other young people from surrounding Homelands and Nhulunbuy for skills-building in the shade of the basketball court, followed by a fast-paced and hilarious game of footy on GanGan’s community and youth built footy oval. Even our Stars Mentors braved the heat to have a run!

After the game, GanGan community showed the young people their warm (and uniquely Homelands East Arnhem!) hospitality with a welcoming bunggul and manikay (dance and songline ceremony).

The next day saw our Stars participate in a discussion around alcohol and drug issues, followed by basketball, a tug-of-war with the staff, and a special tour of Gan Gan’s beautiful freshwater spots with Traditional Owner, Billy Gumana. 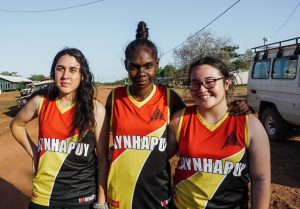 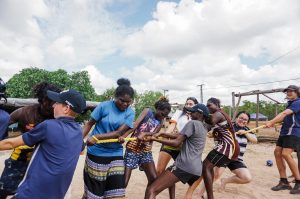 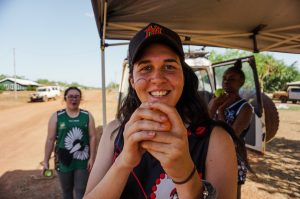 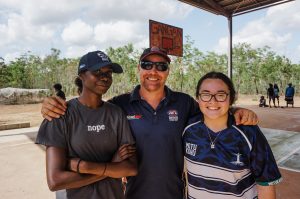